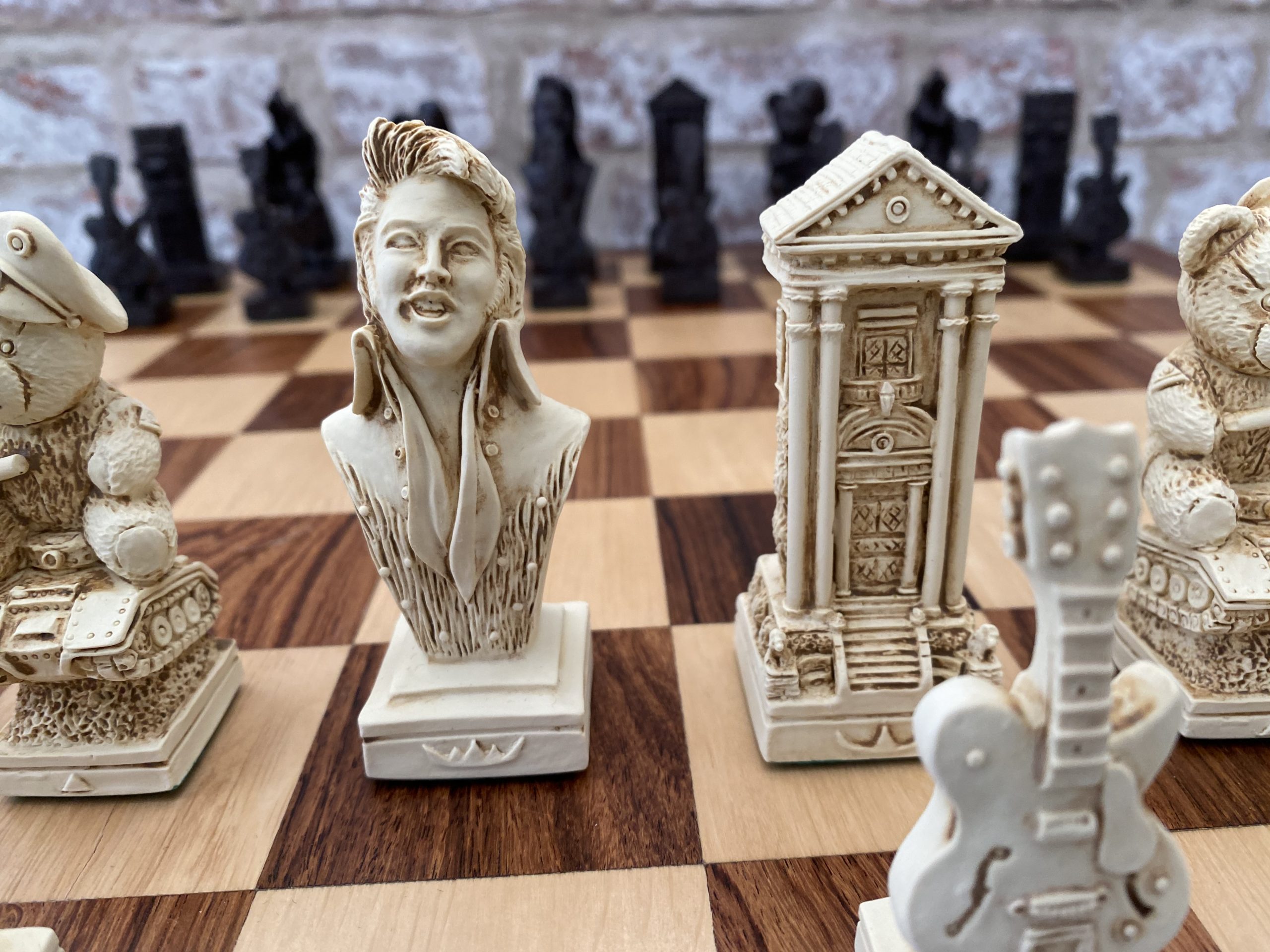 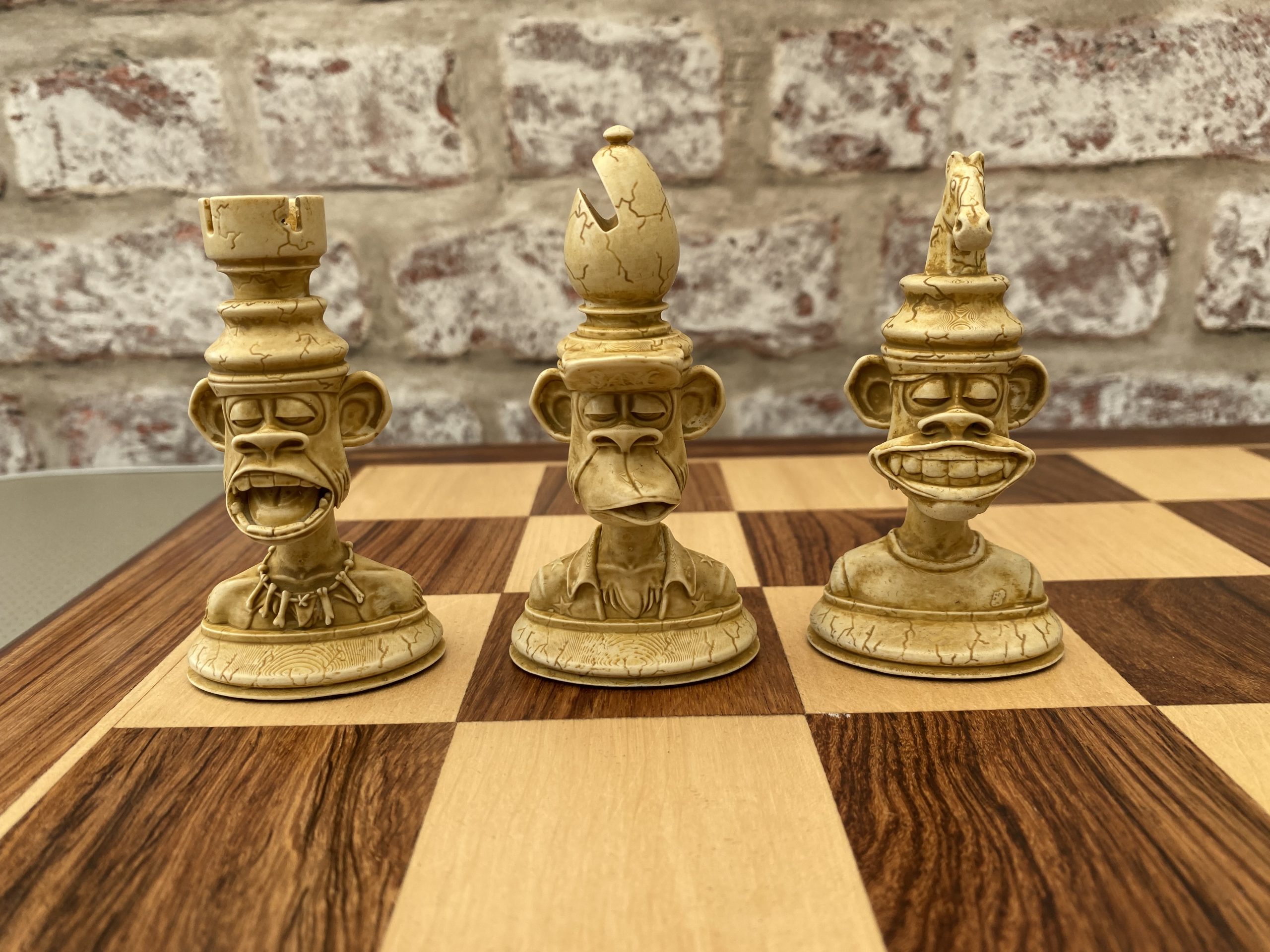 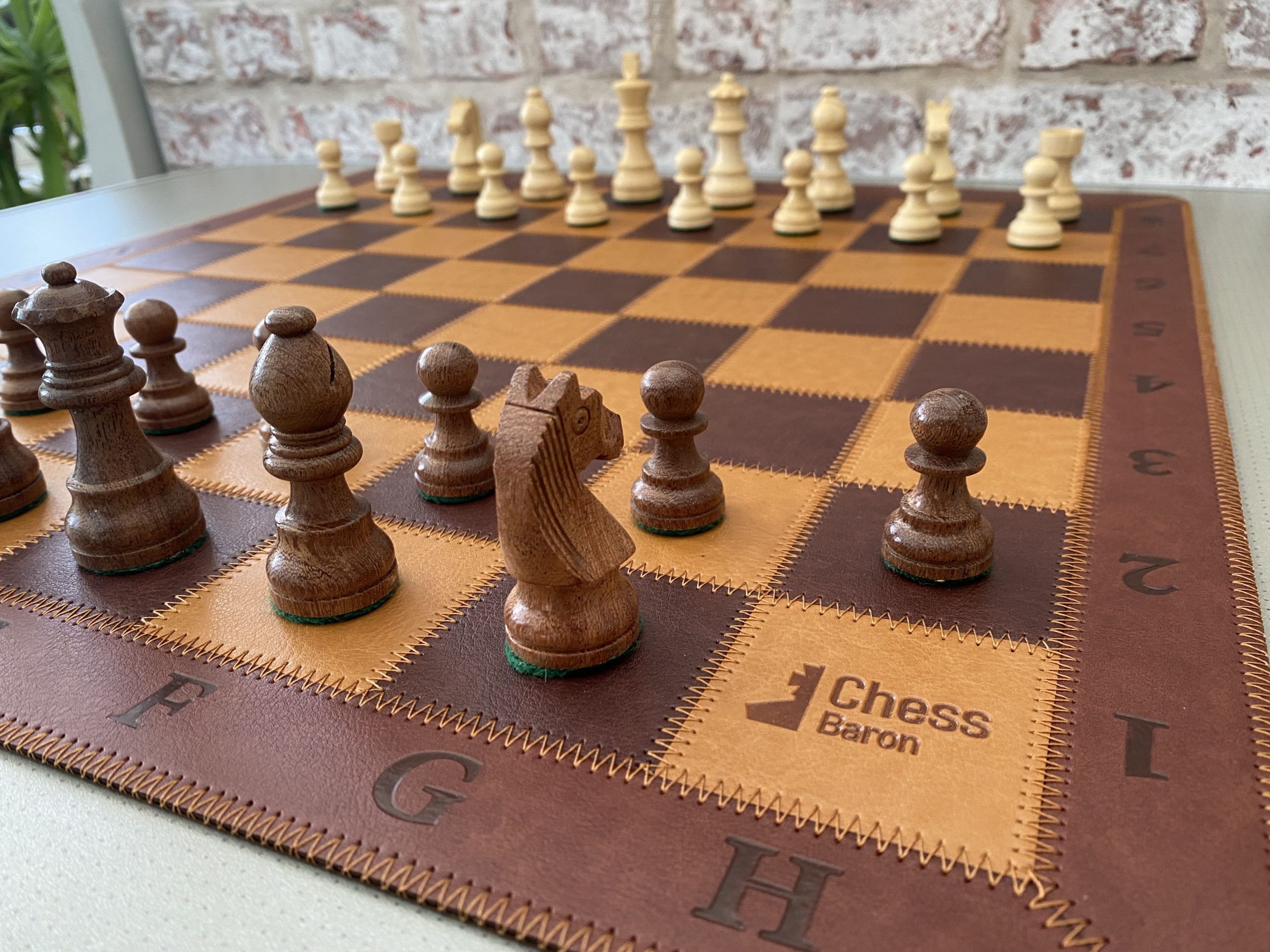 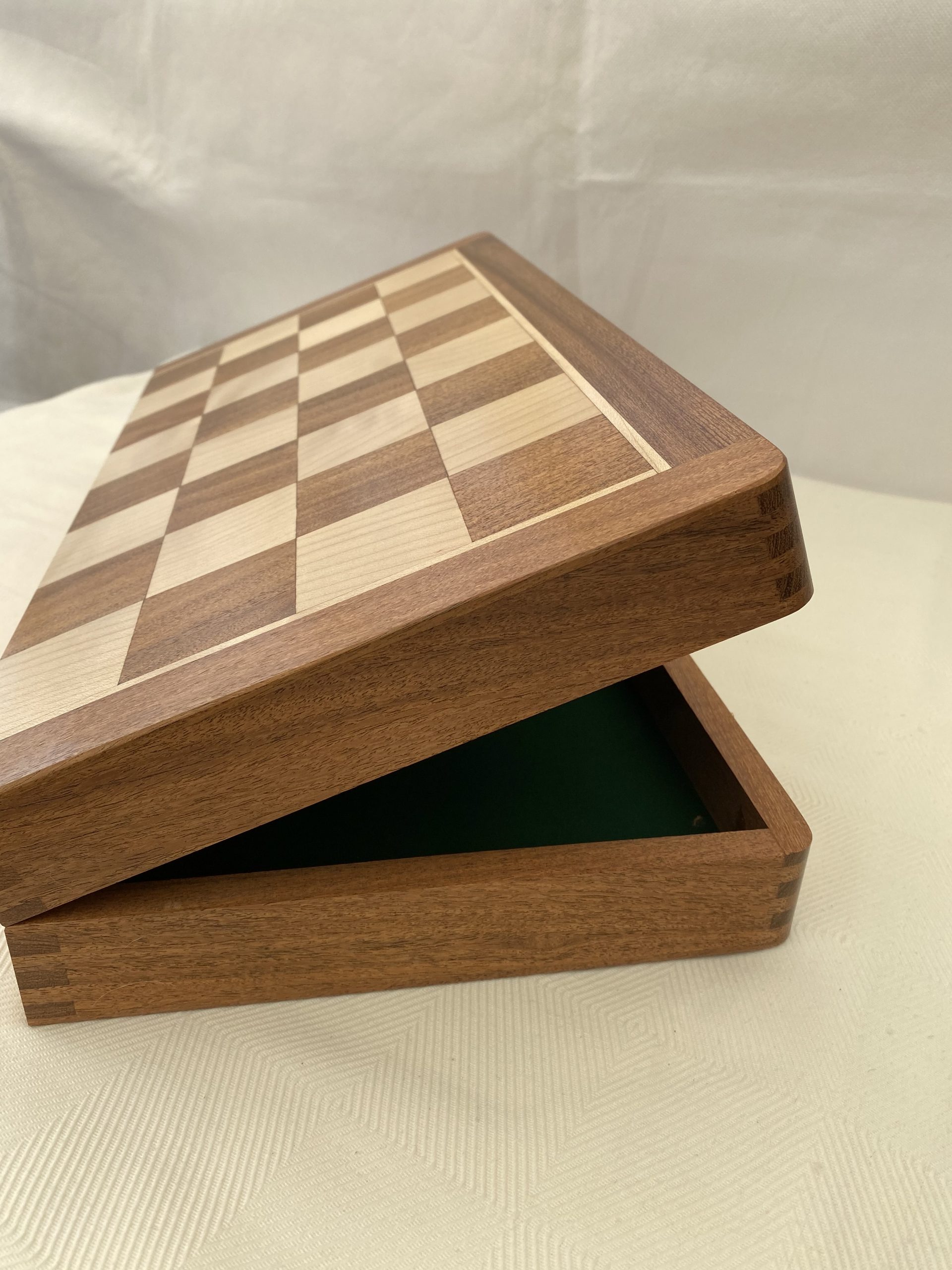 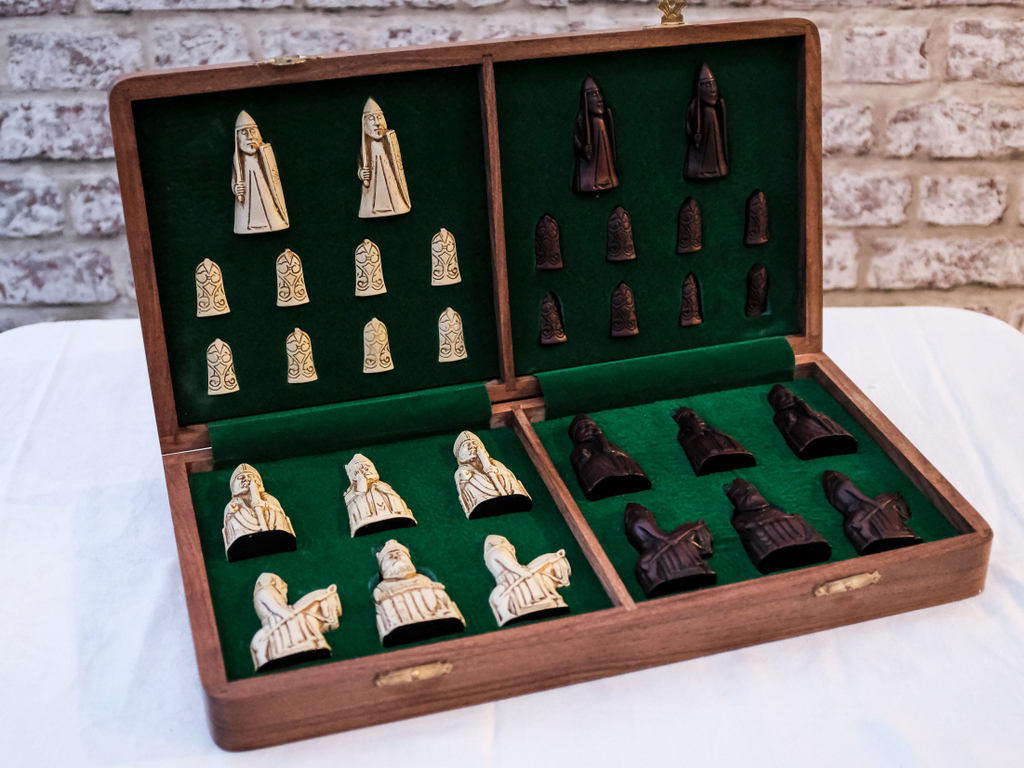 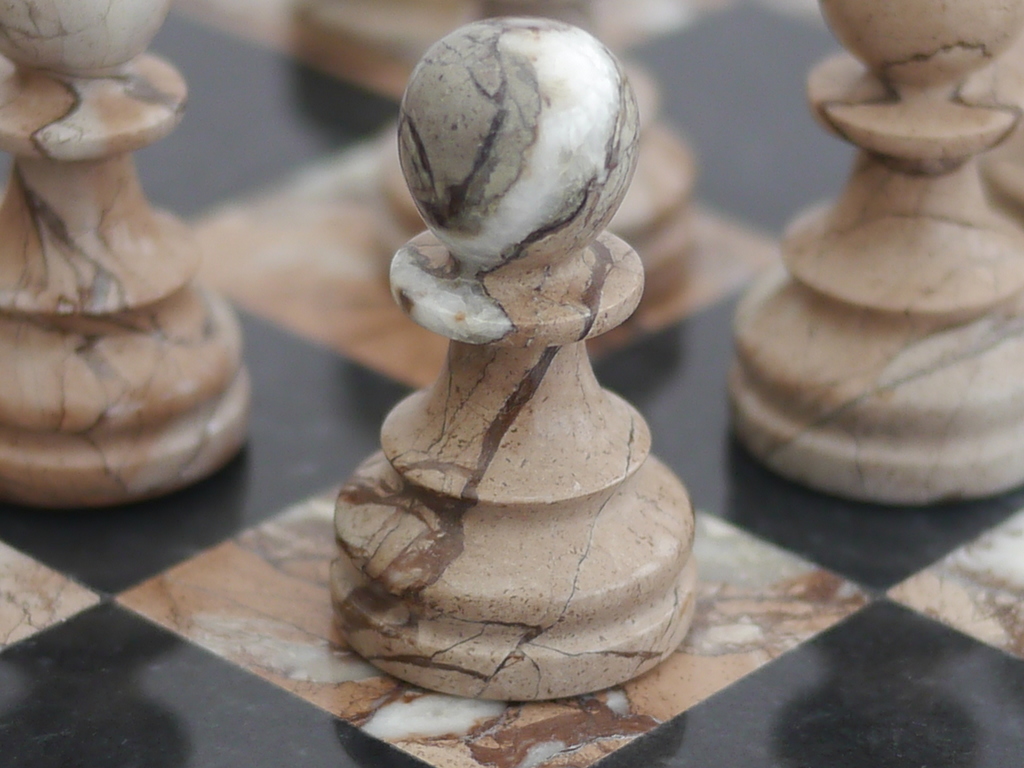 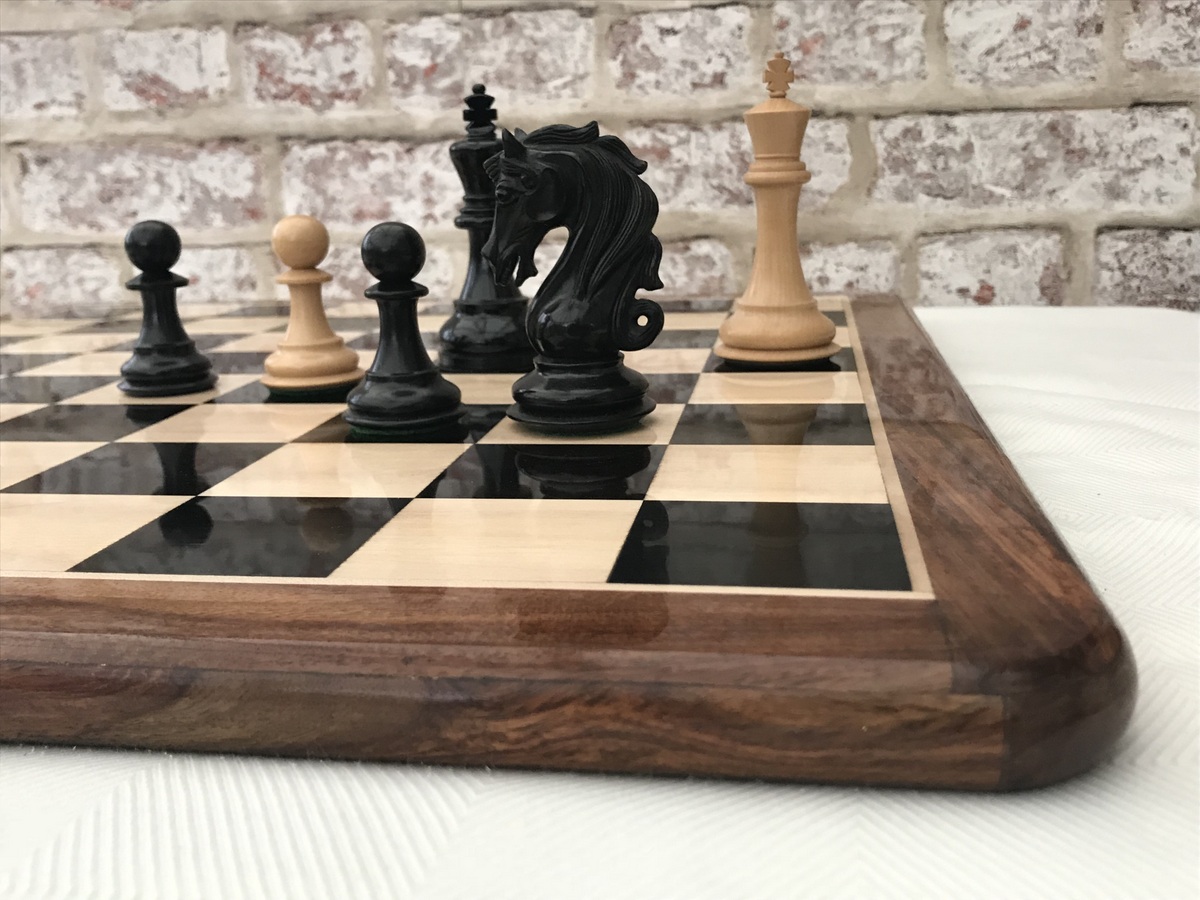 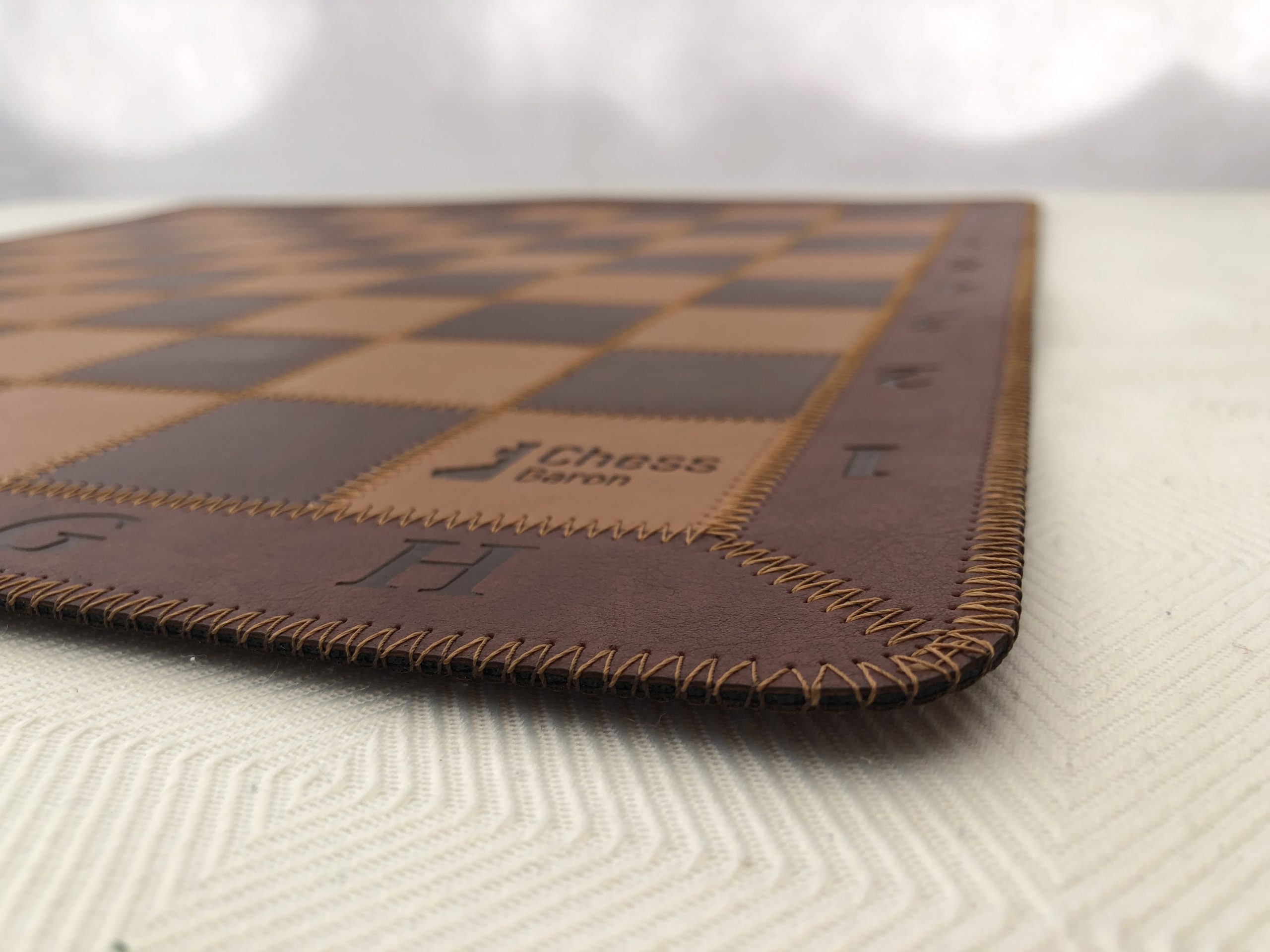 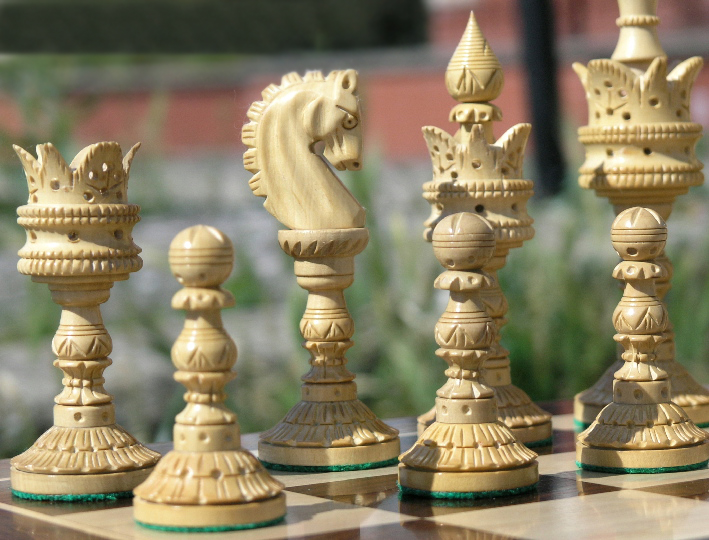 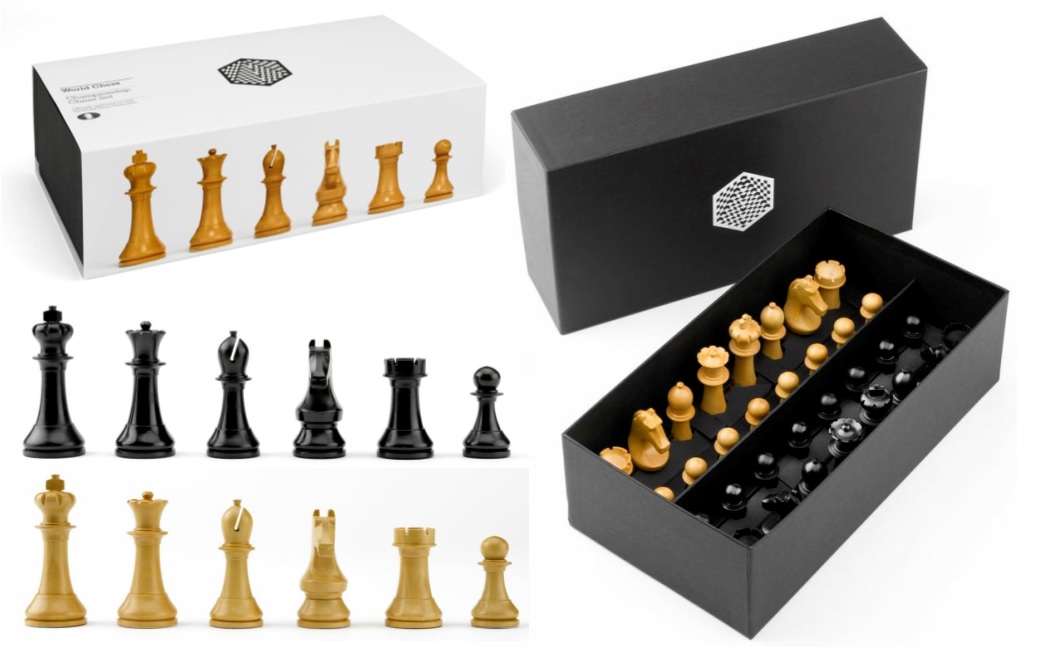 White and classic Brown. Is there an NFT cartoon series that has become more iconic than this franchise genre. From Elon Musk to the ...

Full Size Acacia Chess Board and Case Combined (B2089)

A solid acacia wood folding chess board /case. Each square is 2" and overall it's 18" square when opened. Virtually any set can be ...

Made in England by Berkeley Chess Ltd. Superb combination of Isle of Lewis Chess Set in classic Ivory and RED with bespoke solid ...

16 inch solid Marble chess set with pieces, board and case all included. We can barely believe the beauty of this new design to the ...

Ebony Chess Board with Acacia Border – 2in Squares (B2079)

New! Beautiful solid Ebony chess board with robust gloss finish. The board has a stunning outer ...

A twist on the Staunton design - this luxury chess set has incredible quality detail. The king is slim but tall measuring over 5.5 ...

Uniquely designed for the World Chess Championship, and adopted by the Mozart of chess - Magnus Carlsen, this Official FIDE chess ...

FREE DELIVERY. The design range and quality of ChessBaron chess sets has earned us an enviable reputation that is rapidly creating worldwide renown here in America and across the pond in the UK. We now also sell Backgammon, Jewelry Cases and Wooden Puzzles. With our first love, Chess - our Staunton chess sets are all hand carved by… sets priced from as little as $20 through to $995, we are sure to have something to suit every checkbook as well! So whether you are sitting on a cold and windy sidewalk in New York or sunning away the day in LA, you'll be pleased to find yourself using a ChessBaron chess set or mastering the game through a chess computer. - hide read more + 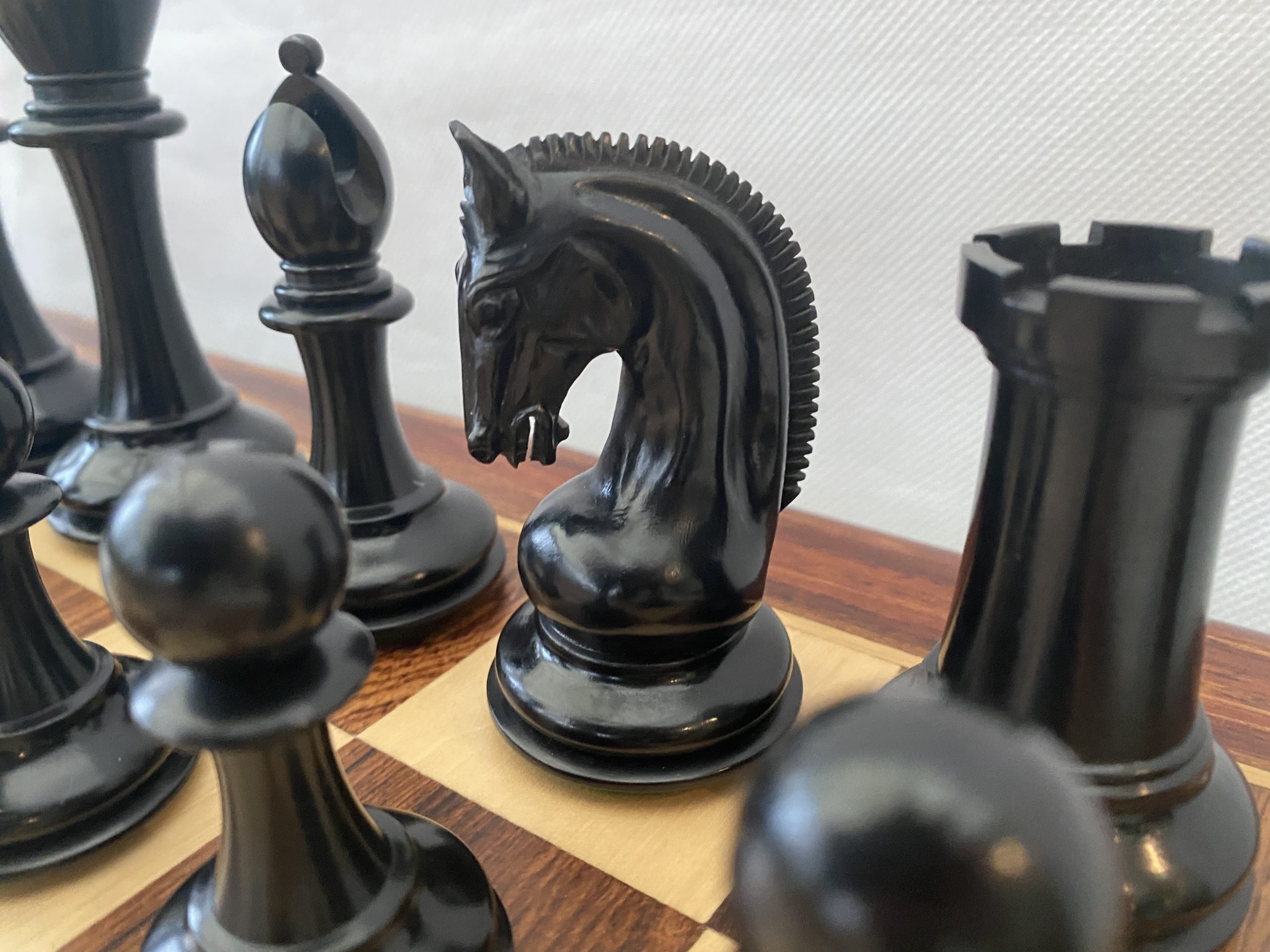 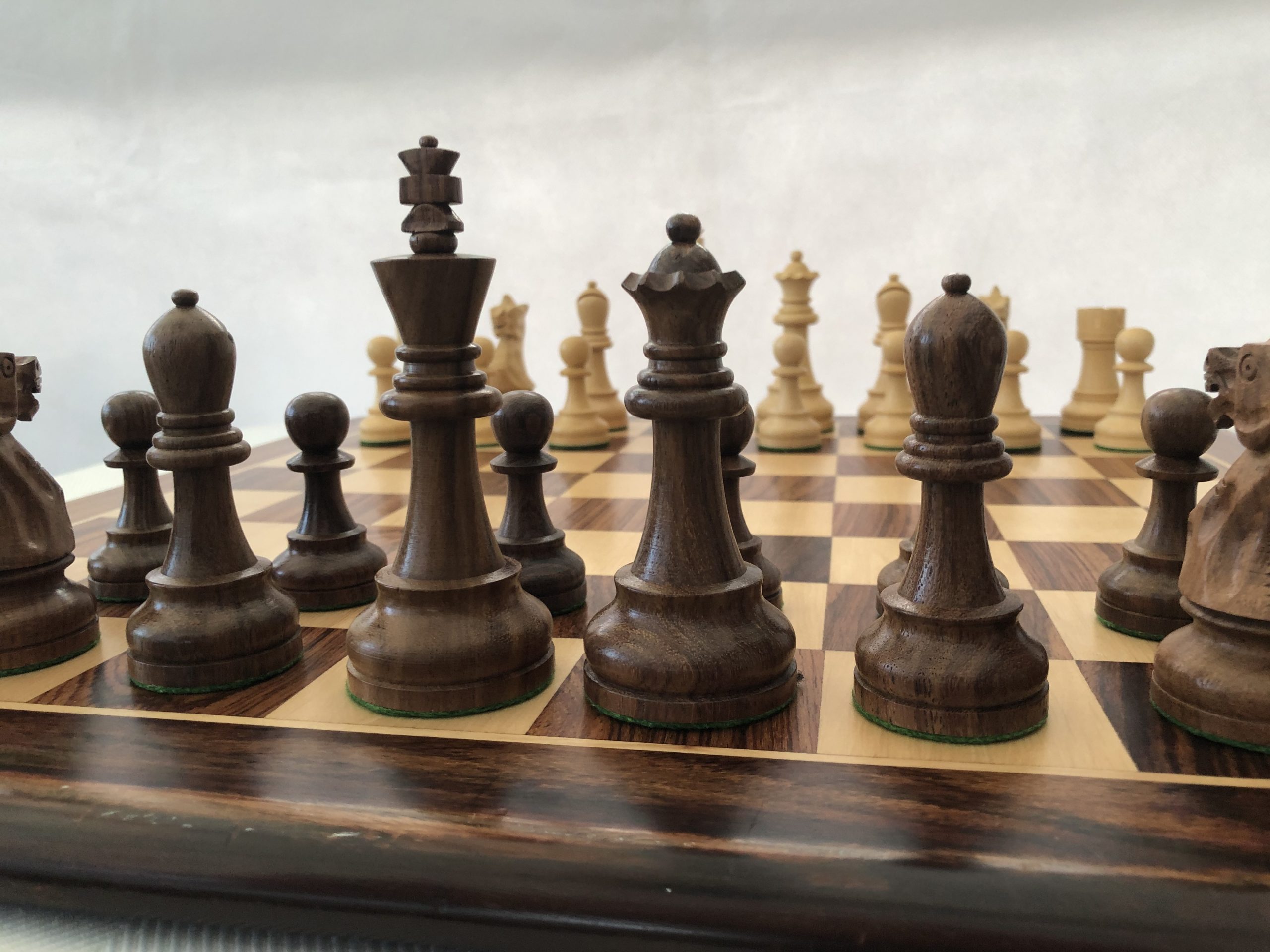 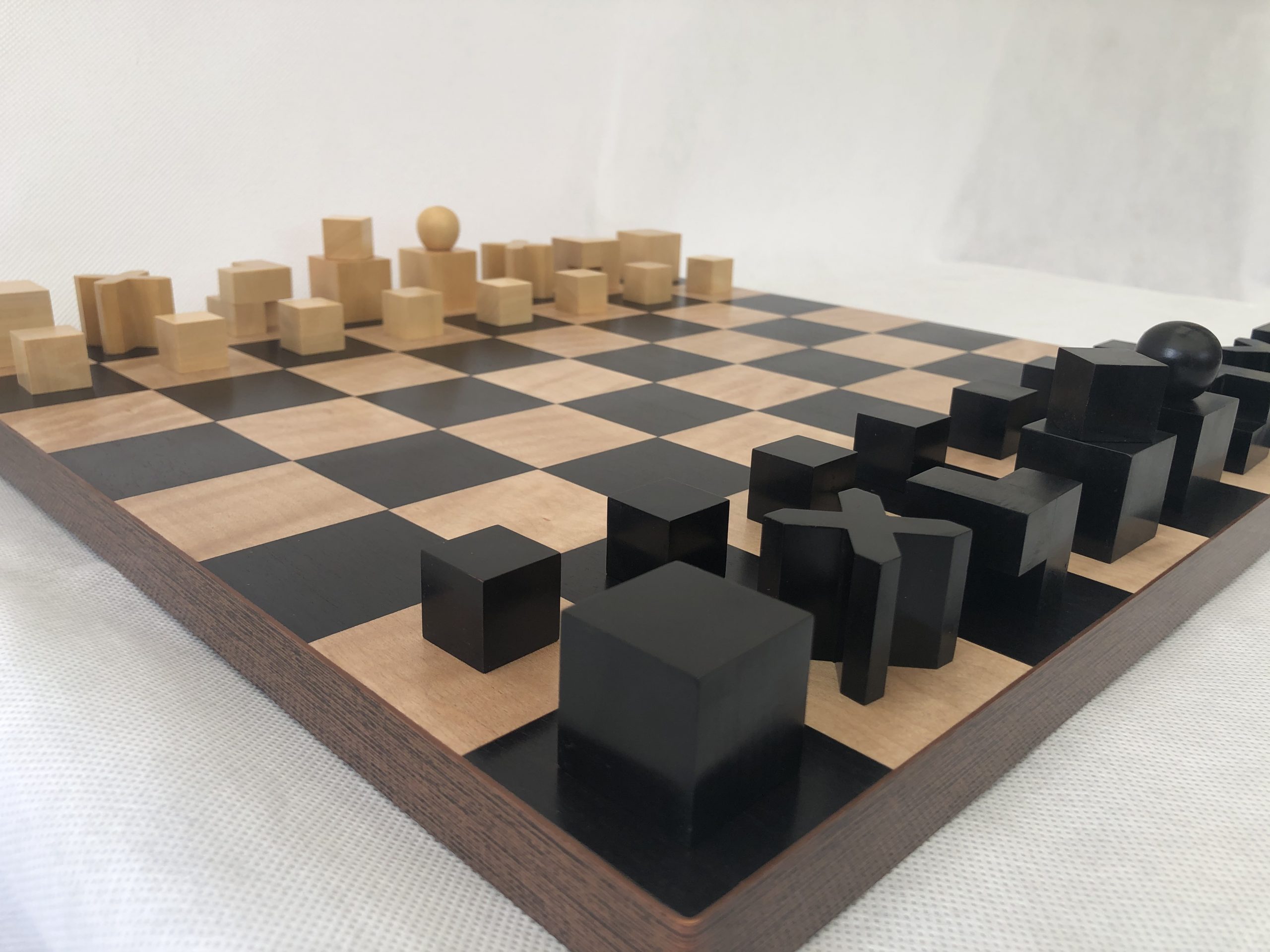 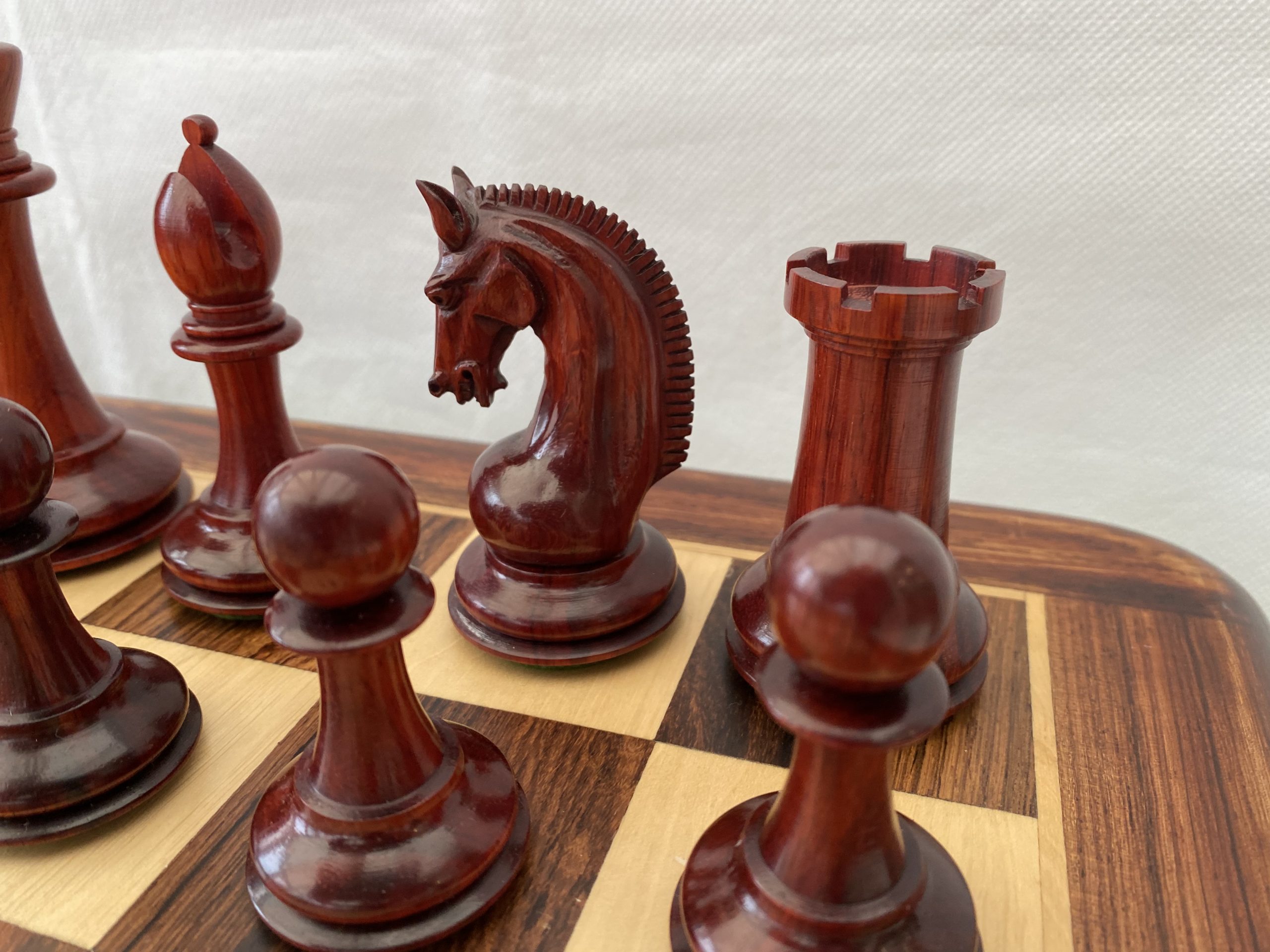 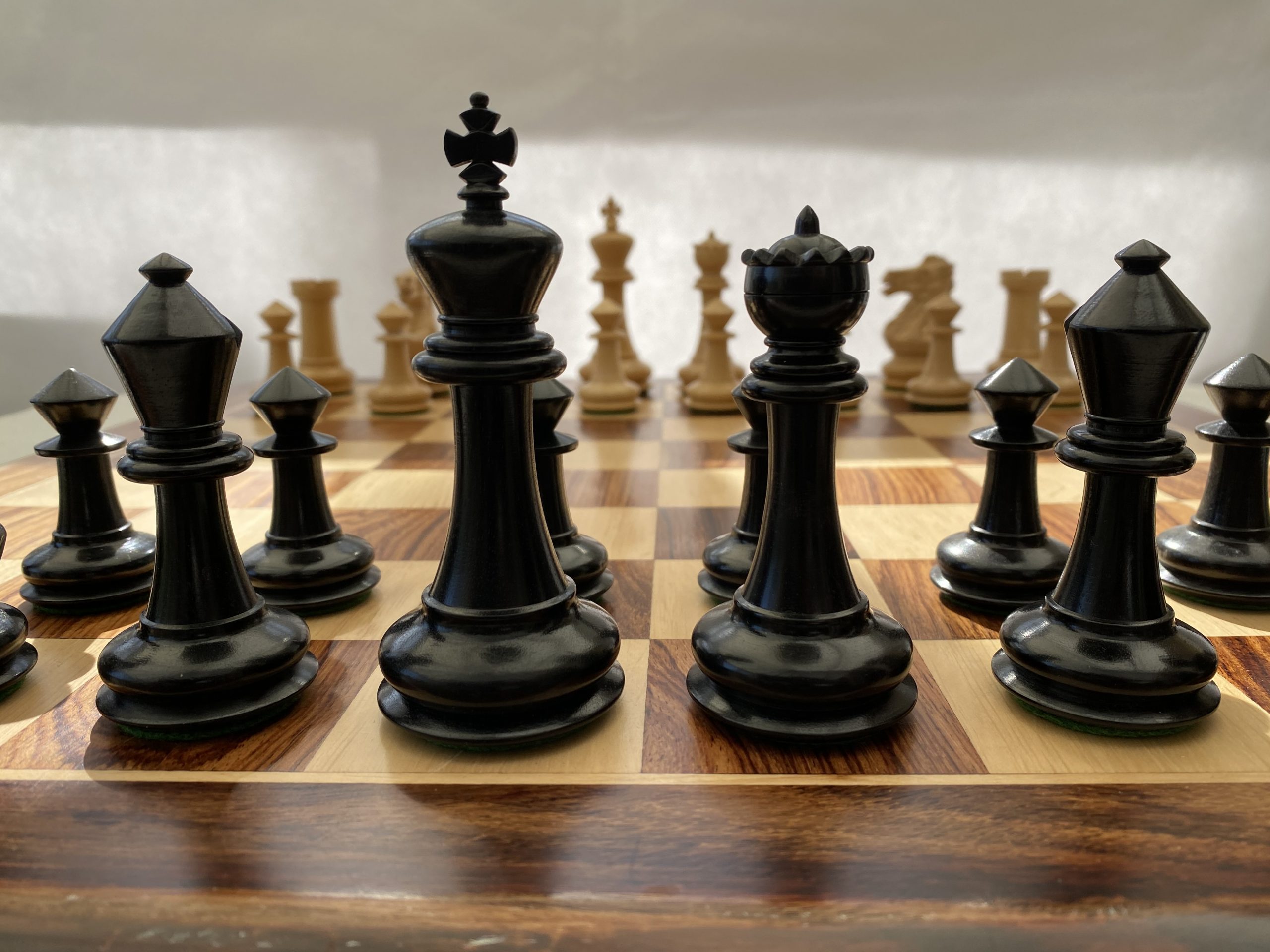 "Chess is Life" - said Bobby Fischer. Similarly games such as Backgammon Draughts, Go, Cribbage, etc. feed the mind and nourish the soul. As for chess, Howard Staunton was the man who helped establish the standard of the design that came to be known as 'Staunton', where the Queen has a coronet, the King a cross, etc. Jaques have always been closely associated with Staunton, and most chess sets today are in the Jaques Staunton style - certainly all the ones played in chess tournaments. There's nothing official about Staunton - it's just a style - the one that has come to be known as the default style in chess. ChessBaron has mostly staunton sets, but also has themed chess sets including the popular Isle of Lewis, along with such sets as Sherlock Holmes, Battle of Waterloo, etc.

Thank you for the shipment, the chess set is spectacular and thank you for your kind gift for my daughter who has now been playing for a year (when she was 5). Right after the package came we took it out of the box and played our first game. It was such a wonderful experience, we feel like royalty. The set is of a beautiful quality, very well balanced in design, and the horses are amazing :) I searched for the perfect set for two months, looked in shops in Copenhagen, Istanbul, Amsterdam and NYC of course (I travel a bit) and searched all over the www, but this one is it. The board is great too, the mat finish is peaceful for the eyes, and the pieces really stand out on the board.

You guys are the best. I will recommend you to anyone who is searching.

Just a short note to say: I am SO impressed with the service I've received with your company! The website was well-organized (and fun!) and all of the follow-up services (emails, confirmations, etc) were very well done, too!

"" Thank you for your help and merry Christmas!

Janet,
Thank you! I am excited to see the set and figure out where to put this brass tag. I am so impressed and appreciative with how accommodating you've been with my individual request! That says a lot for you and your company, especially when I'm only making a small purchase. I'll definitely be in touch when I'm ready to purchase one of the beautiful luxury boards!!

Note: This customer requested a brass tag for her King John brass set from us. Janet went out of her way to get something to suit. Go Janet, Go! Go Janet, Go! She's such an 'Ever Ready Bunny'.

I have just received my chess set and case this morning...it has far exceeded my expectations..!!!..it is beyond what I expected..it is simply beautiful..!!!!..several of my friends have come over to see it and they were all amazed..one friend had what I perceived as tears in his eyes and when I asked him to tell me what was wrong, he told me that he just spent over $800.00 (US) for a set and mine felt and looked so much better than his..I was amazed to watch him feel the pieces one by one as he was so amazed...I told him long ago about you and now he wishes he had listened to me...I am having a brass plaque made for this case as it will be one of my family heirlooms to be handed down...I can not thank you enough....this set is marvelous....a lifetime keepsake.

Wishing you all of the best, PS..if you would like to use me as a "testimonial" ...I am at your disposal.

Thank you so much for taking the time to make sure, all the chess pieces, board, and case were all in good shape. And to make sure the colors were the best they could be! wow!! It is a pleasure to deal w/someone who knows how to treat a customer! Wishing you a wonderful holiday season and a happy and healthy new year!

"" Thank you for being so quick with your replies and so helpful!

Thank you! Thank you! Thank you! You have been so patient and kind. I'm sure we will both love the set. It's no problem about the amount of the charge. I am so excited. Thank you for taking the $6.95 off. (Note: Hmmm... No wonder our profits are so low... Hmmm...) I really appreciate that. I'll look forward to the email of the tracking number. Are the pieces individually wrapped? I think I'll take your suggestion and let him do it himself. I can't express how excited I am. Thank you for being a blessing to me.

Note: And a little cuddly blessing to us too - just hope she doesn't read this and starts thinking - hmmm... 'pay rise'.